Amigo’s Cantina is not exactly a dive bar (which is where I drink & how I make my bread & butter, scribbling about such establishments), but it ain’t exactly a frou-frou trendy, hipster joint either; and, strictly speaking, it’s not exactly a bar because half the place is one helluva Mexican restaurant (good news is that you can order that same grub from up front, and have it served in the bar too; we’ll get to that later). Though Amigos has indeed earned the reputation of a neighborhood bar, what with it being within stumbling distance of Cal Tech, Pasadena City College, Academy Theaters, and the South Lake Ave Shopping District. It’s no wonder that after being a part of the central Pasadena landscape since 1990 that this is also a go-to watering hole (attached, appropriately, to a liquor store) in addition to the two other great “dive” bars in the area: “The Colorado” and “The 35er”. All three situated interestingly on old U.S Route 66. 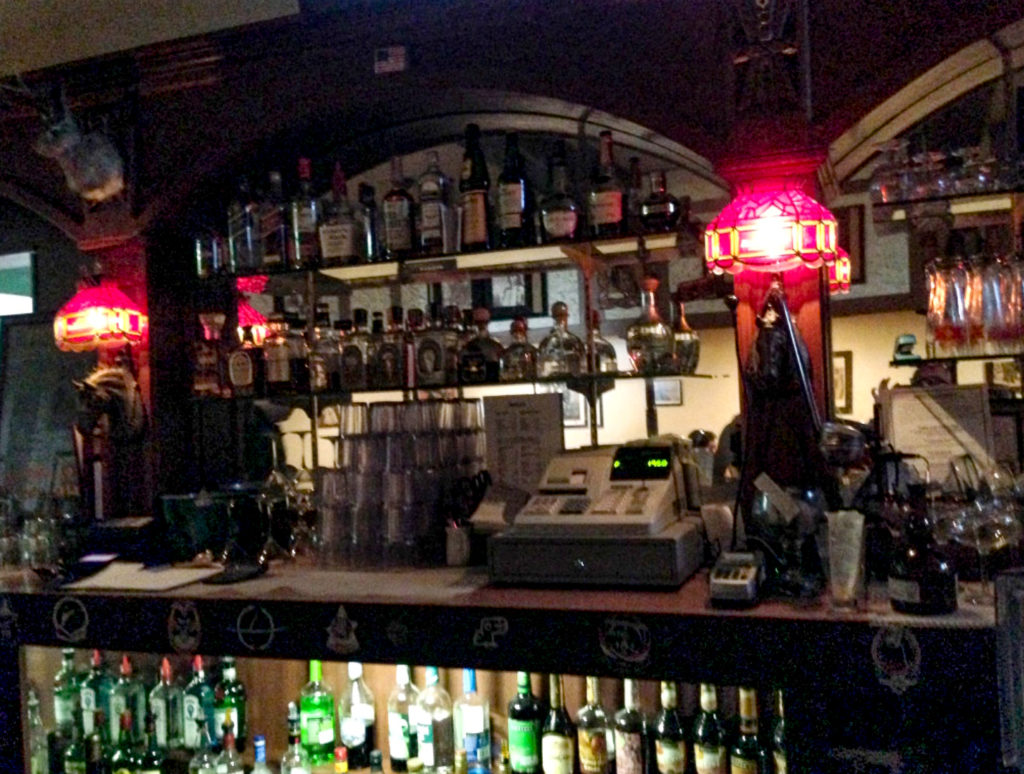 And since you have such venerable institutions in the area it’s usually the same folks who make it over to Amigos. Yes, of course, all are welcome, and, in time, your name too is shouted out gleefully by the boys behind the stick as you enter, “Norm-like” (from that old TV sitcom “Cheers”, way back in the ancient times called the 80s). Clientele ranges from college-aged students, retired local unified school district teachers, artists, DJs, lost-drunken writers, guys and dolls who work over at nearby JPL (Jet Propulsion Laboratory), assorted office workers, seasoned world travellers…all cool, just wanting a drink, to unwind, won’t bother you unless you chat ‘em up first. An unusually friendly place. No brooding, self-loathing, narcissistic inebriates within a mile. People are actually happy at Amigos. There’s a buzz of camaraderie, of jocularity, in the air, loud, that you don’t hear so much at other joints. People are enjoying themselves! 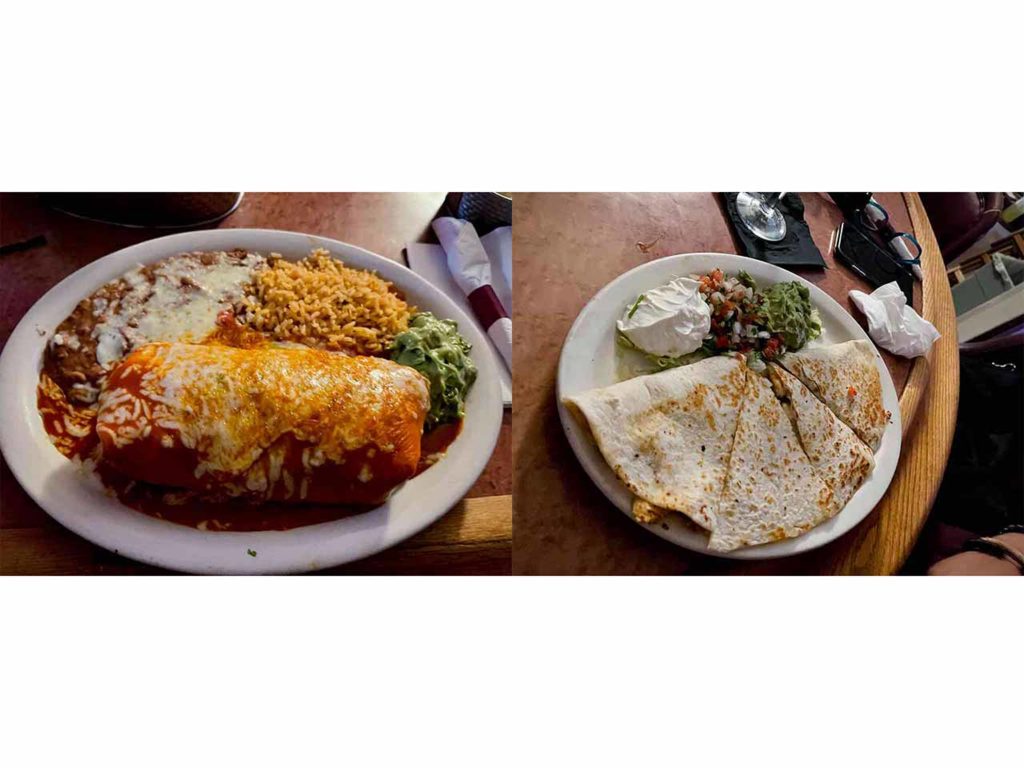 Now this may be because of the specialty-of-the-house-cocktail: Cadillac Margarita. $12 well spent. You have one and it’s delicious. You have two, get up to piss, and goddamn, it’s like a kick to the gut and the next thing you know you’re making bloody pee-pee and crying over the bowl. Good Lord! Good shit. “We put Grand Mariner {French Liquor} and extra tequila and triple sec for that sneaky punch,” said Victor Mota, lead bartender since when Friends was originally broadcast. “But you have to know how to drink these. Not so fast. Not too many. The young people drink fast, get drunk too early. You want to have a good time when you drink, no?” Mota winks. 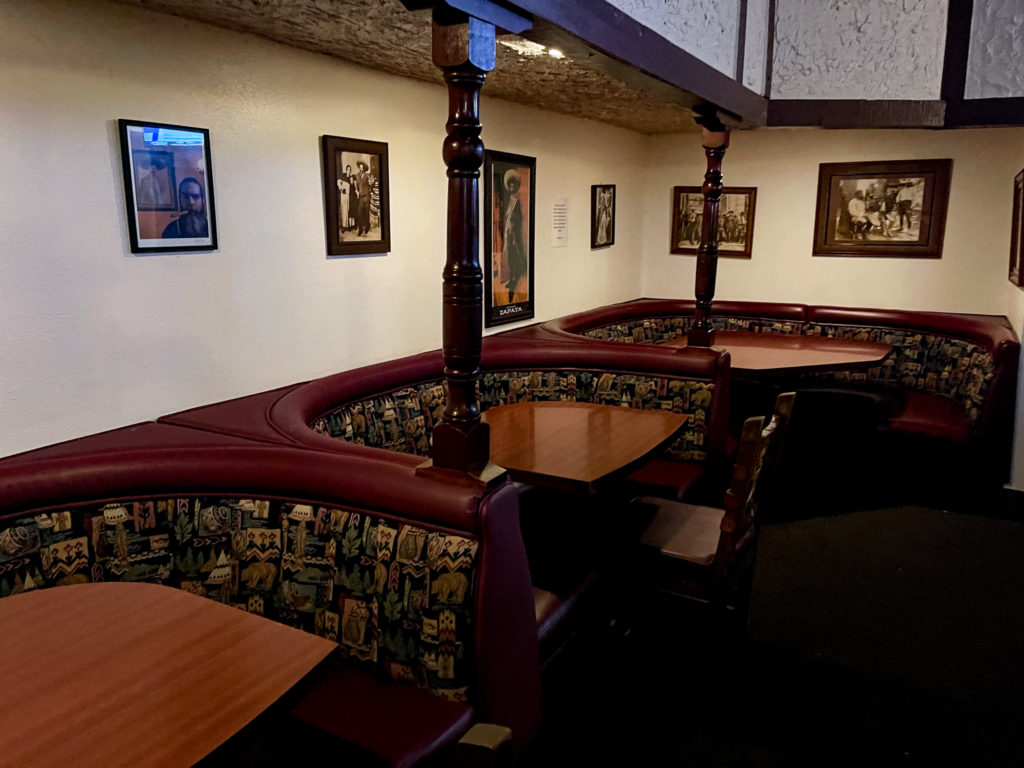 And yes, sweethearts, they got meals for vegetarians, seafood lovers, and the always adorable carnivores (me). Another one of my all-timers is their Carne Asada Burrito. So damn big you knock off half for dinner and save the rest for breakfast ($12.50).

I’m telling ya, kids, Amigos, if you’ve never been, is another unique notch in your drinking belt for the Pasadena area. 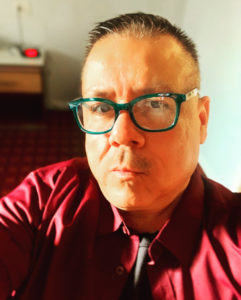 Born & raised in East Los Angeles, has travelled the world many times over. He’s currently, precariously, living out of cheap motels in East Pasadena. Jim has also published 17 books. His latest is “A Mexican-American in Paris: Beastly Tales Romping Across Pre-Covid Europe! The Writer’s Cut! Vol. 1”.
Available: lulu.com/spotlight/jimmarquez
Instagram: @thebeastlywriter